Last week, IGN had exclusive access to a new reveal regarding Sonic Boom. Many news regarding this trademark has been going around already, including a Cartoon and two games. These media will be joined by comics, made by our buddies Archie Comics!

The series will be written by Ian Flynn, and the art will be done by Even Stanley. Sonic Boom will be a completely original spin-off series, similar to Sonic Universe. As far as known, these comics will not influence the main storyline from the Archie Comics. Flynn had also promised us that they will reveal more info at the San Diego Comic Con, which will happen next week.

Now this is going to be so AWESOME!! 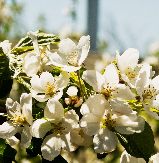 Yet another comic to keep up with? Oh well. This sounds like it's going to be awesome!

another comic awesome
Are this website going to upload this comic??

Eggman…He looks like more evil than usual even though he still is a joke.

Meh, I'm going to completely ignore the Sonic Boom comics since the Boom franchise looks cool, but thanks to to watered down pre-school approved writing, it's rubbish.