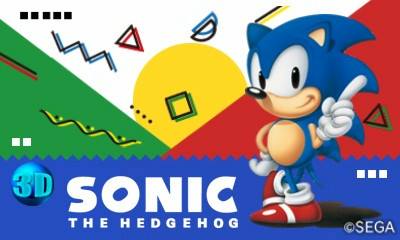 Sonic the Hedgehog has been released again, even though we lost count of how many times the game has been rereleased. However, there is a neat little addition to this version. The game is now released on the 3DS console, where the game actually has some 3D parts, including the backgrounds. For example, Sonic standing behind trees. It doesn't do anything but it is something new instead of just porting the exact same game. You also get the option to use the spin dash, but is definitely not neccesary. You can also play the international or Japanese version and adjust the screen to make it look like the old genesis days. I have to say, this is by far the best remake of the first ever Sonic the Hedgehog game we have seen so far. You can pick the game up at the Nintendo Eshop for $5.99/€4.99/£4.49 !!